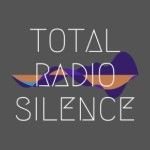 We feel we have achieved what we set out to do – to make a record that sounds like us, how we sound live with our dynamics, energy and variety.

Was this album recorded and put together all in the same place?

Self recorded. Drums, bass and Matt’s were recorded at our usual practise room, at Matt’s (guitarist) house, Buderim. Will’s guitars and vocals were recorded in his home studio, Sippy Downs.

When did you begin creating material for this release?

The oldest songs on the album are ‘All Things Change’ which was written about 16 years ago (2004) and has been recorded about 4 times in that span of time, Stop That Train, which began life not long after, maybe 14 years ago (2005) (though was only finished during the main spell of writing for the album, in the last year). Silver Street was a song originally written by Ed’s (bassist) old band in 2006. After that there’s ‘Sheep’, which was written about 7 or 8 years ago. The remaining songs started with Borrowed Time which was written about a year ago and recorded originally as a single. The album then essentially spawned itself from that, we decided to go full out and record a full album. The remaining songs were written from February 2020 to August 2020 in the studio as a band throwing around and jamming out ideas. It all came together very organically and quickly.

Does the album title reveal anything about the nature / meaning of the album?

We felt that making the album self titled was fitting given that it’s our first album as a full band line up and as such presents the band and our sound as it now stands.

Were there any musical or writing influences that you had?

We all have our own individual influences in general, which certainly can be heard in the parts that we contribute to the whole. For myself (Will – vocals/guitar), I draw a lot of influence from Pearl Jam, Smashing Pumpkins and Dave Matthews Band. Matt (guitar) would cite Green Day and The Living End. Drums are largely Powderfinger inspired. Ed (bass) plays and learns by ear and plays simple what comes naturally to him to suit the songs, not citing any particular influences.

Any favourite or stand out songs / singles? Why these ones?

At the moment, I (Will), am loving ‘Hearsay’. It’s a song that I had to push the guys hard to take on for the album. No-one really liked it until they heard the finished result. I’m also loving ‘No More Waiting’, it’s such a random song when we were jamming it out but it came together in the recording perfectly.
The singles (in order of release):
Borrowed Time
Stop That Train
Tear
Silver Street


What do you think is unique about this release?

It’s a total DIY job from conception, writing, through recording, mixing and mastering and release.

If you enjoyed reading this article and would like to be featured in “About the Song” Fill out our form on our My Release page.